—「0X://Explanation」
i had this midi device i never used, so a little bit of mx switches and microcontrollers that i know how to reprogram should make it useful right? {DISCLAIMER}: This project has nothing to do with encoders (anymore), just turns out im just dumb. i refuse to change the name. this project cost me $0.00 current dollars, but its pieces probably cost around $50. uses omriharel's deej

here is the original product that i will be violating: 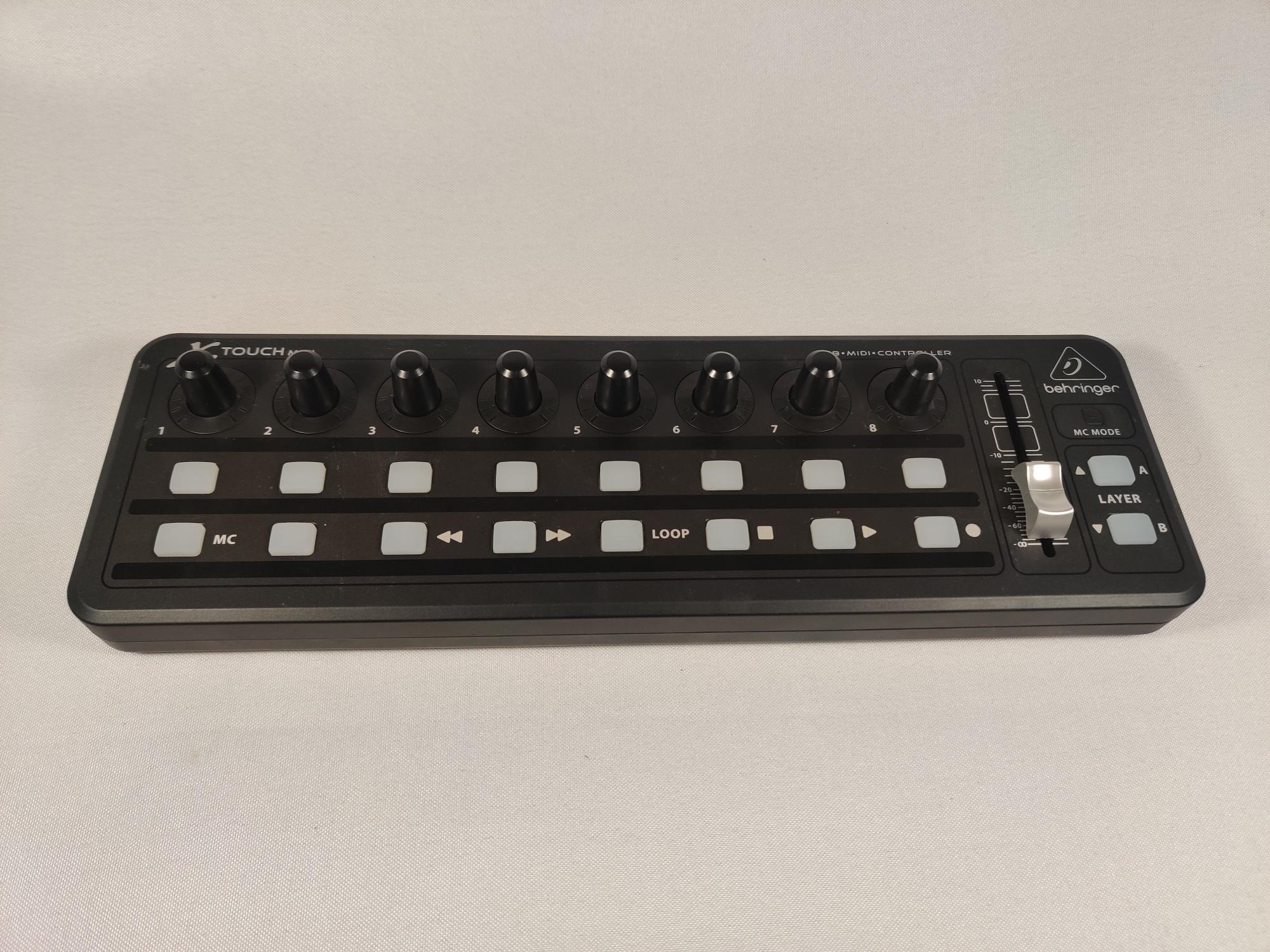 i've already scalped its pcb, and am preparing to handwire it! just need to learn about the internals yes...

painting! and as the title suggests, the temperatures are not sufficient for painting at all... but i did it nonetheless: 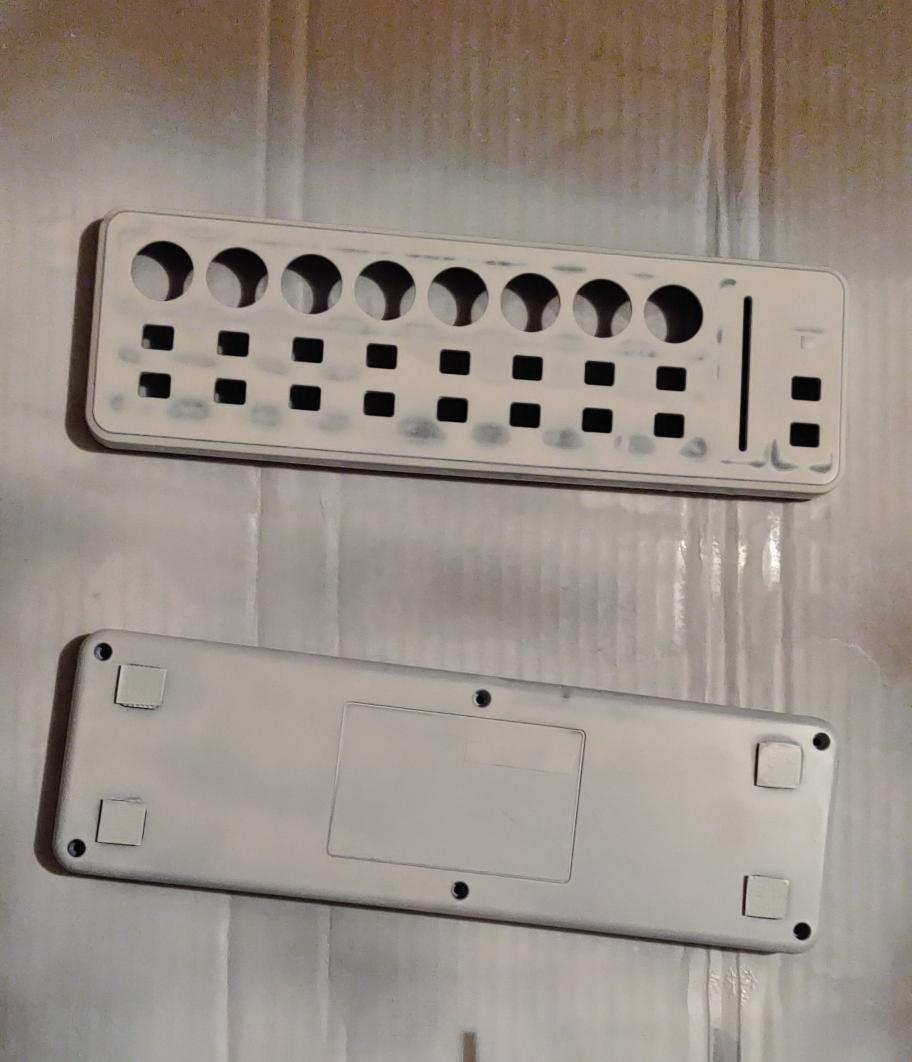 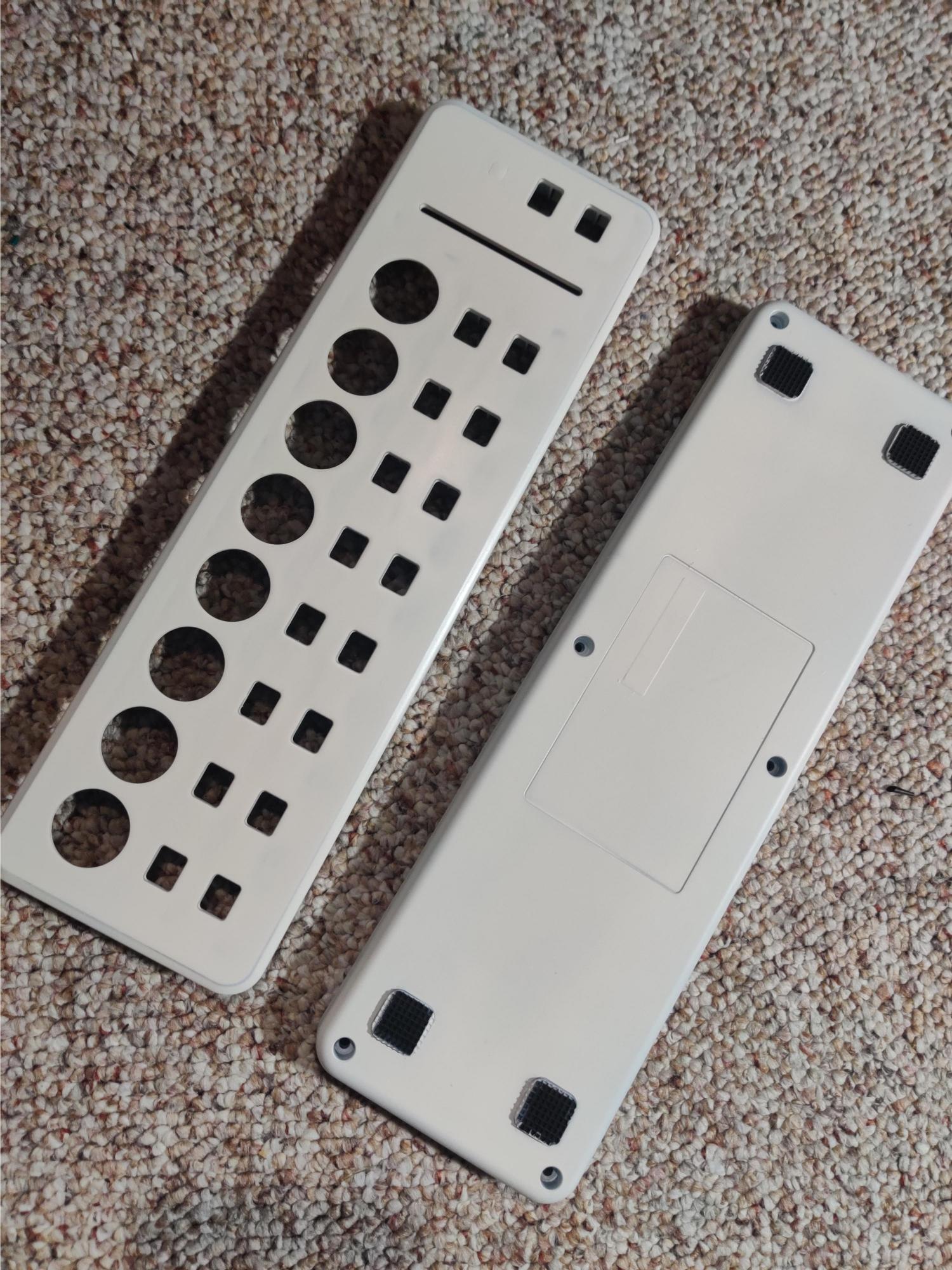 now i just need to get the encoders to work... except they don't work with a nano. no problem (though that does make the title quite incorect huh)! ill just use some potentiometers. they don't fit though, so i had to use some sneaky wire cutters: 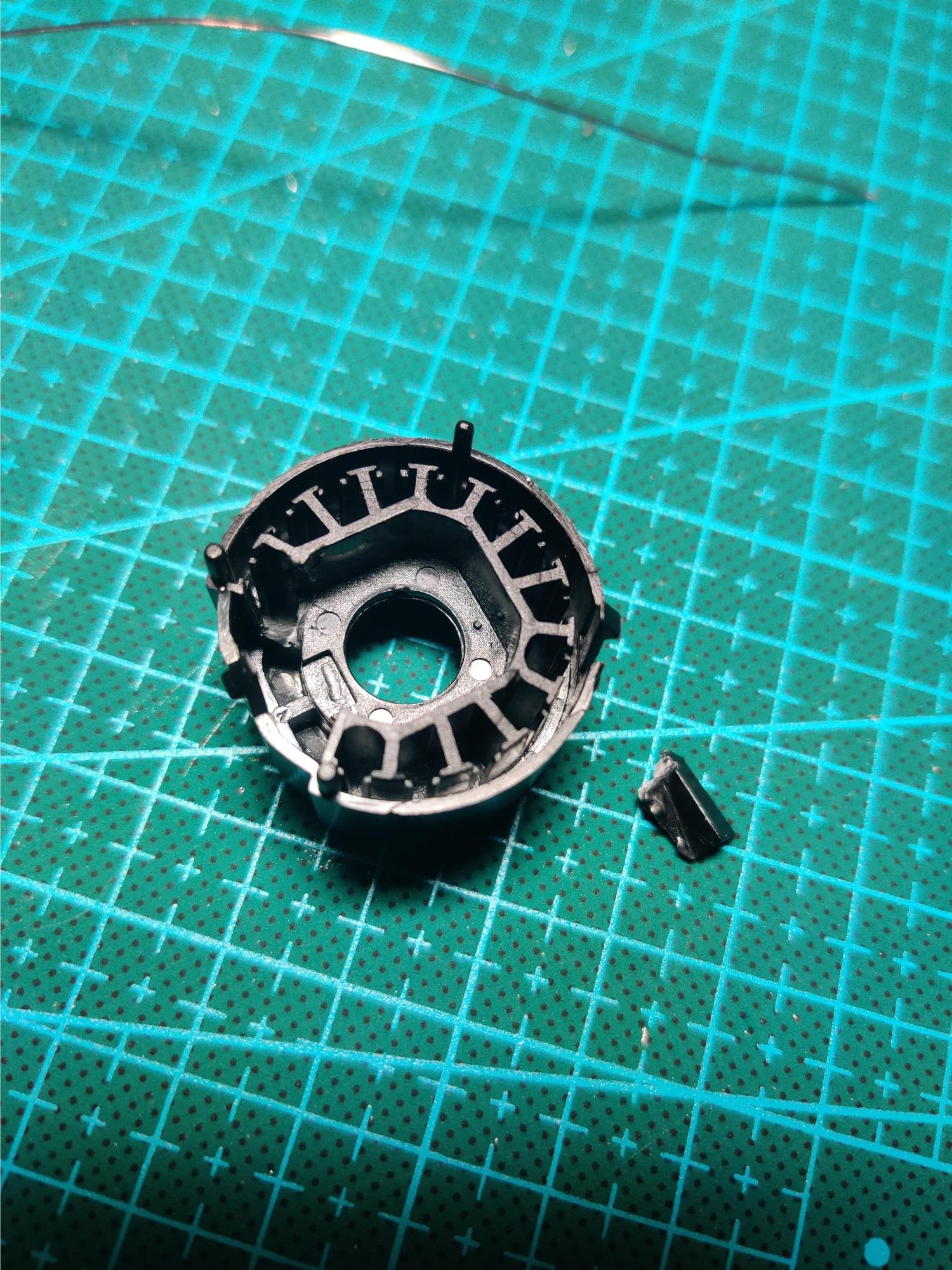 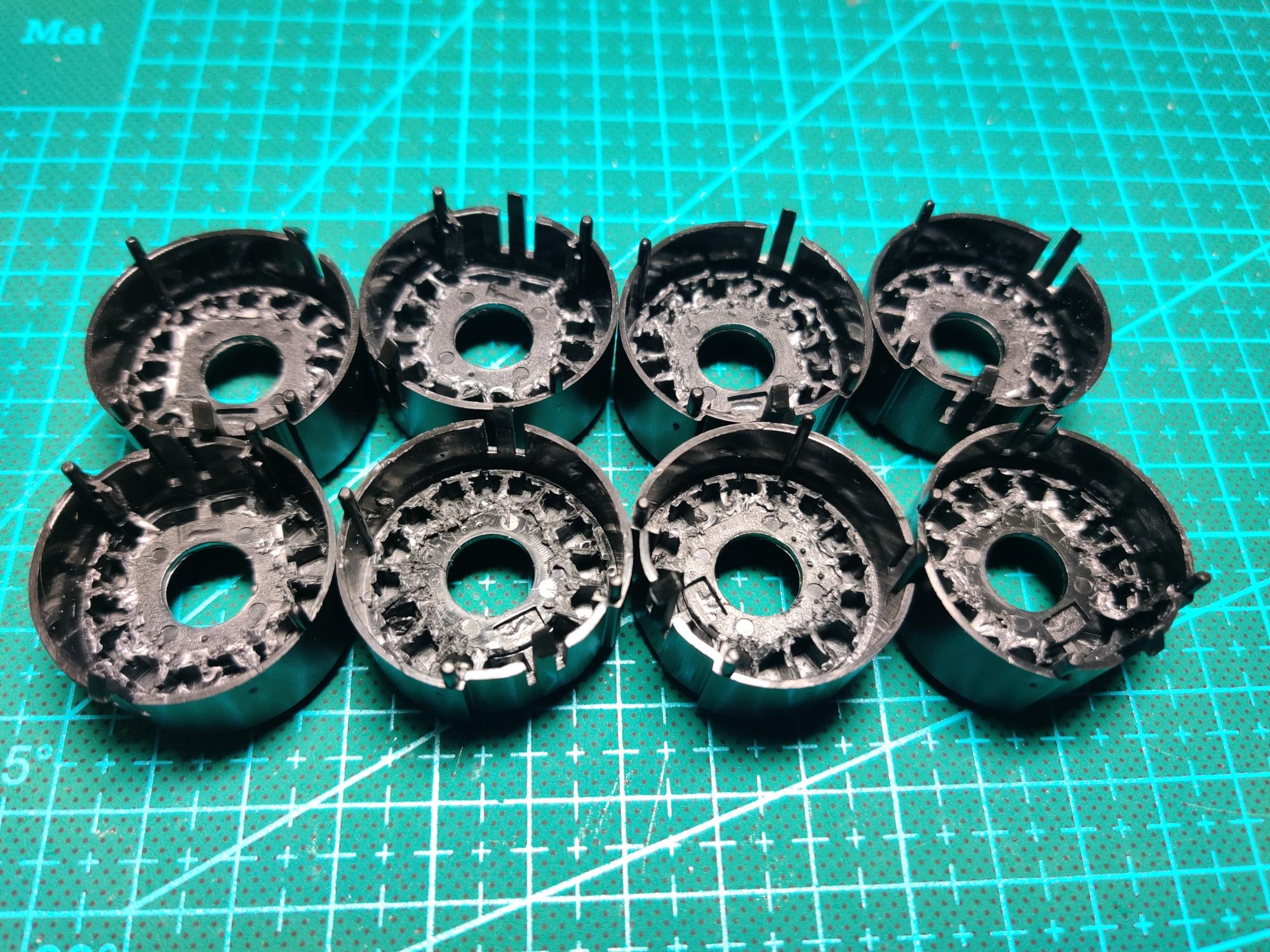 now the potentiometers fit snugly! (well with a bit of glue they will) 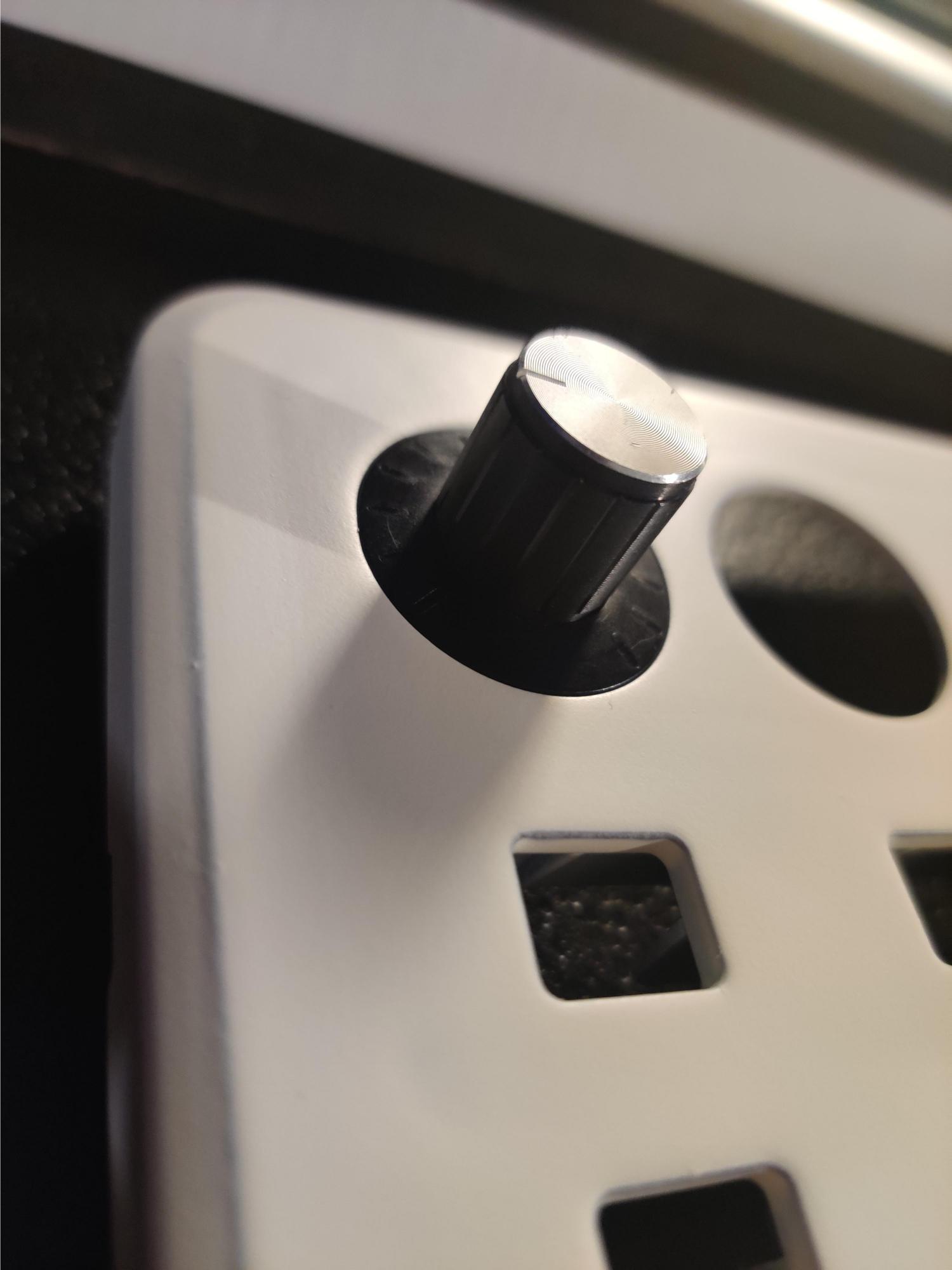 so now i just added mx blues (i know they arent great (i h*te clickys too) but they're the only fully black housing i have and its good to get them used finally) with some more super duper glue and now i just need to write it and program it properly! 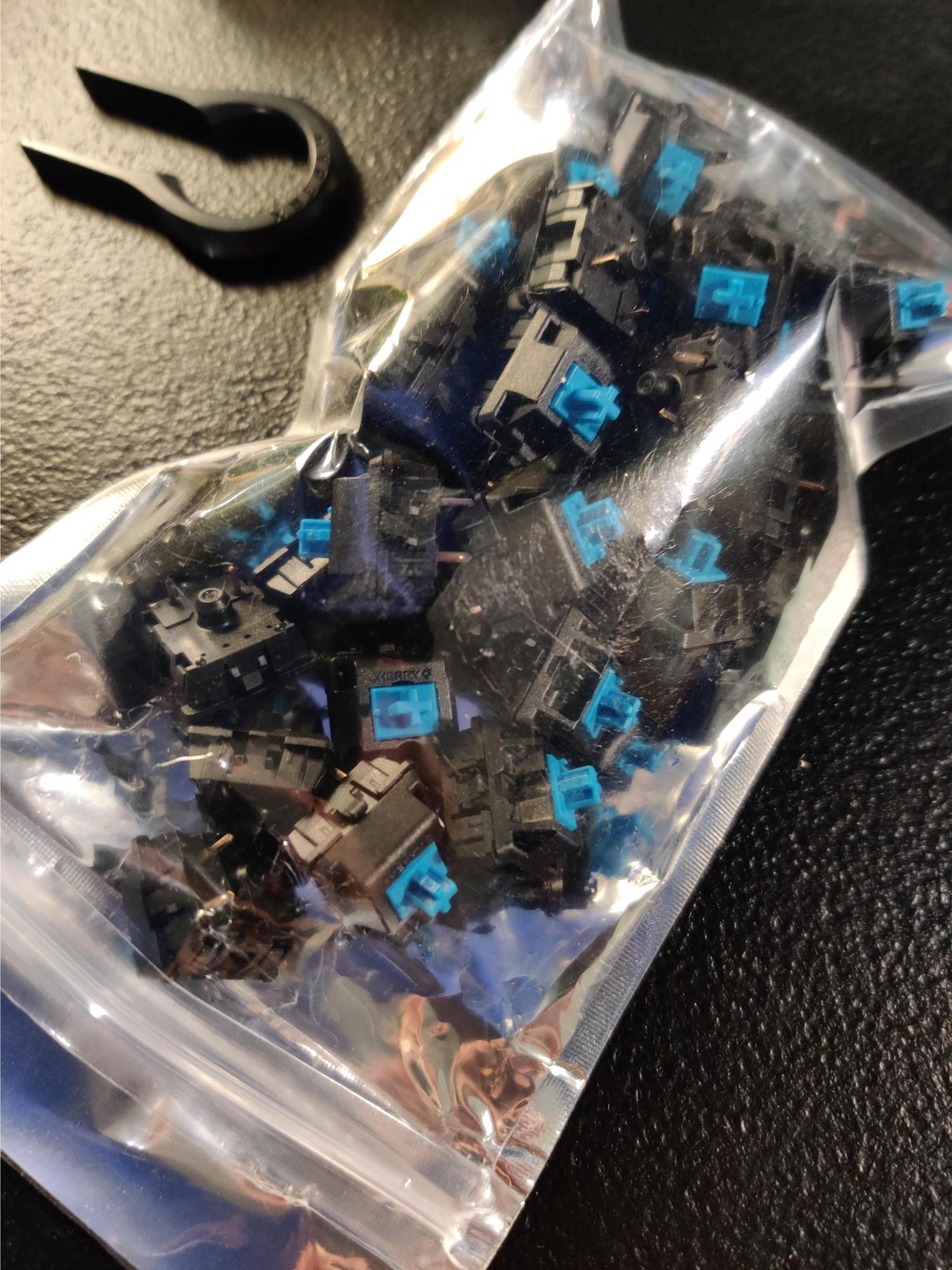 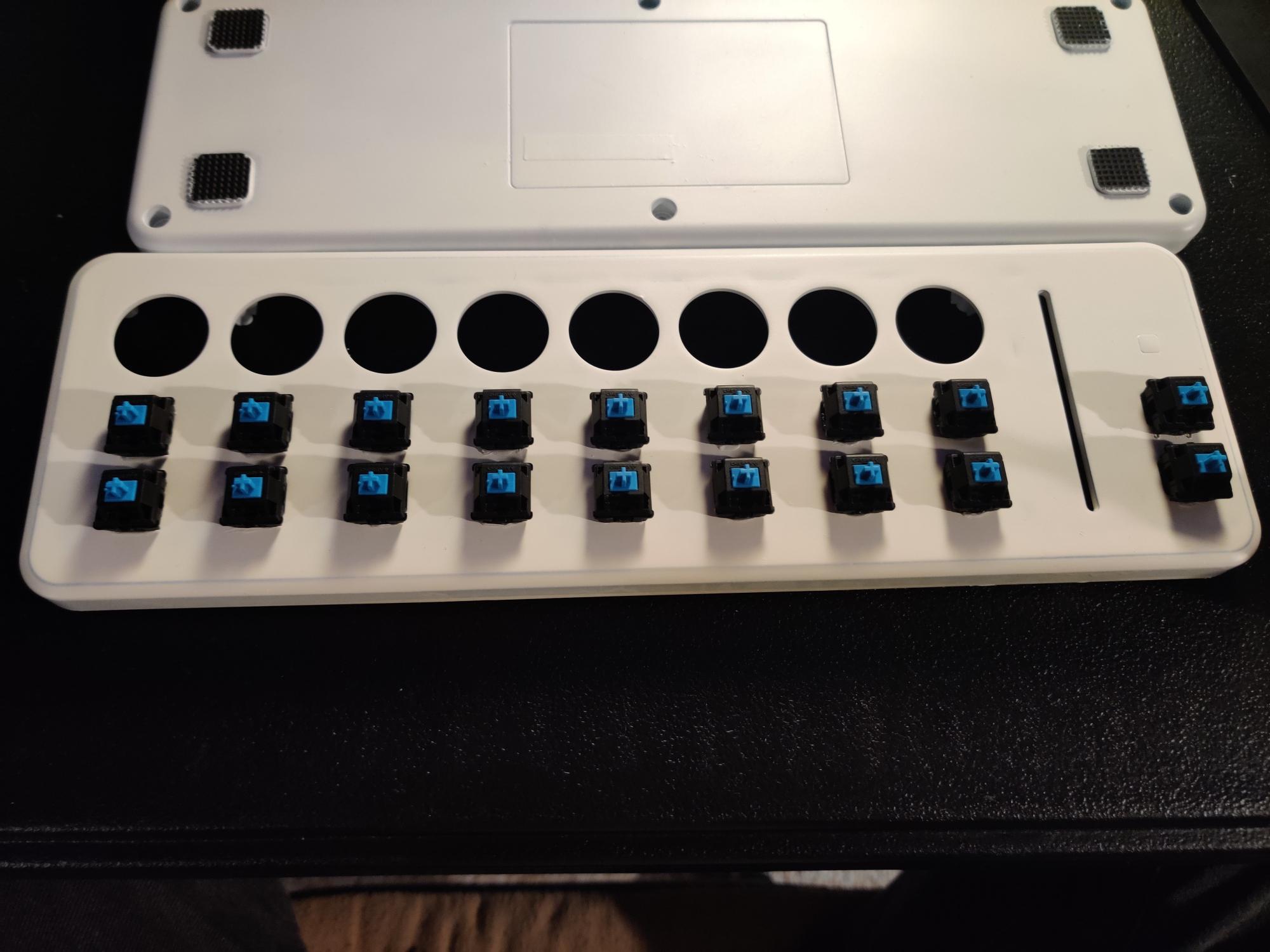 just gotta painfully hot glue these potentiommeters in and wire everythin up, cya next time!

so first things first, even though i said i was using glue, i hadn't actually dont it yet. i grabbed some liquid gel gorrilla glue and hot glue and got to work fitting the potentiometers in the encoder's previous home. worked pretty well, my genuis method of drying: 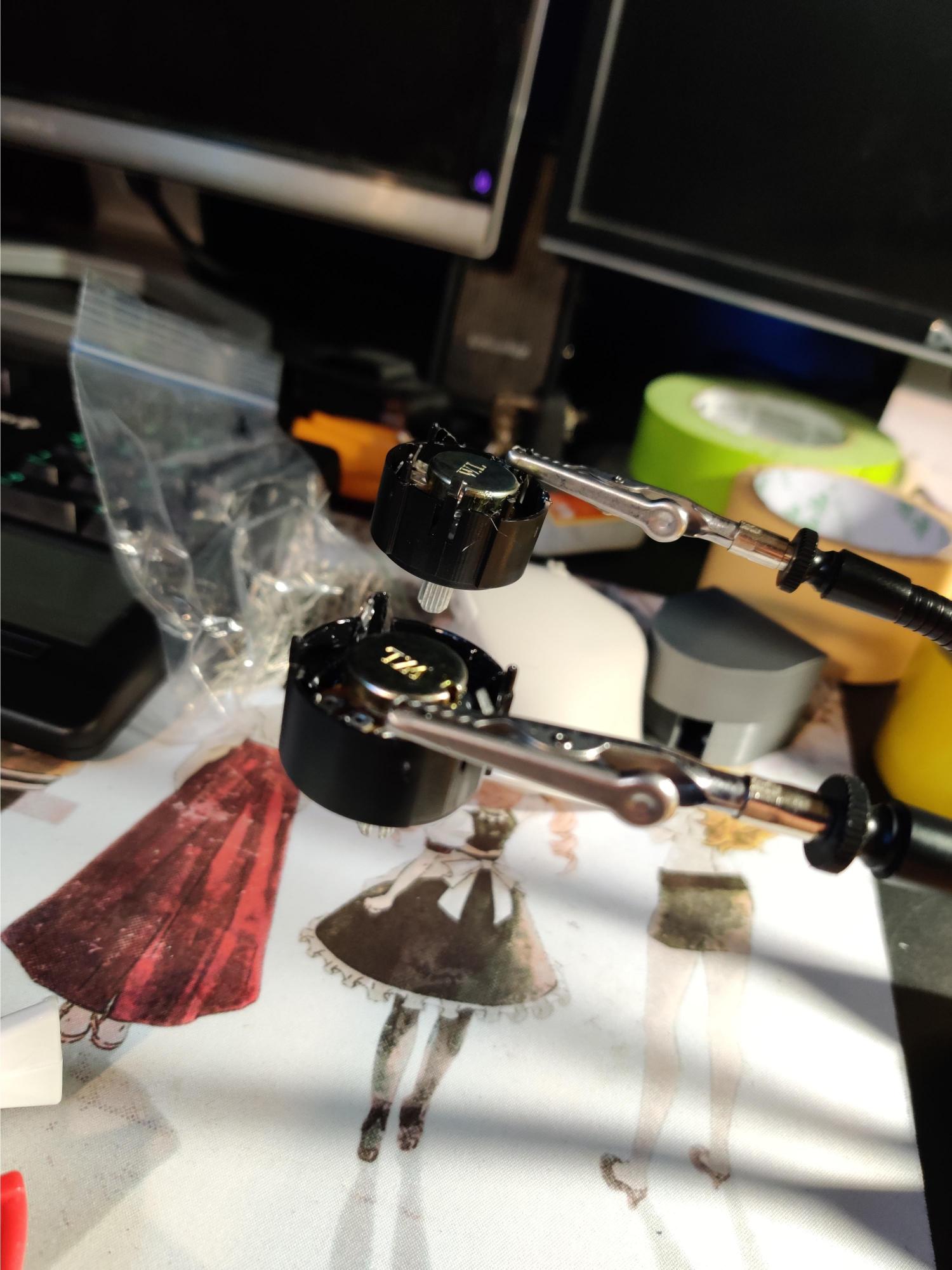 after they were dry, i glued them into the case and began the rudimentary wiring of them and the keyboard matrix: 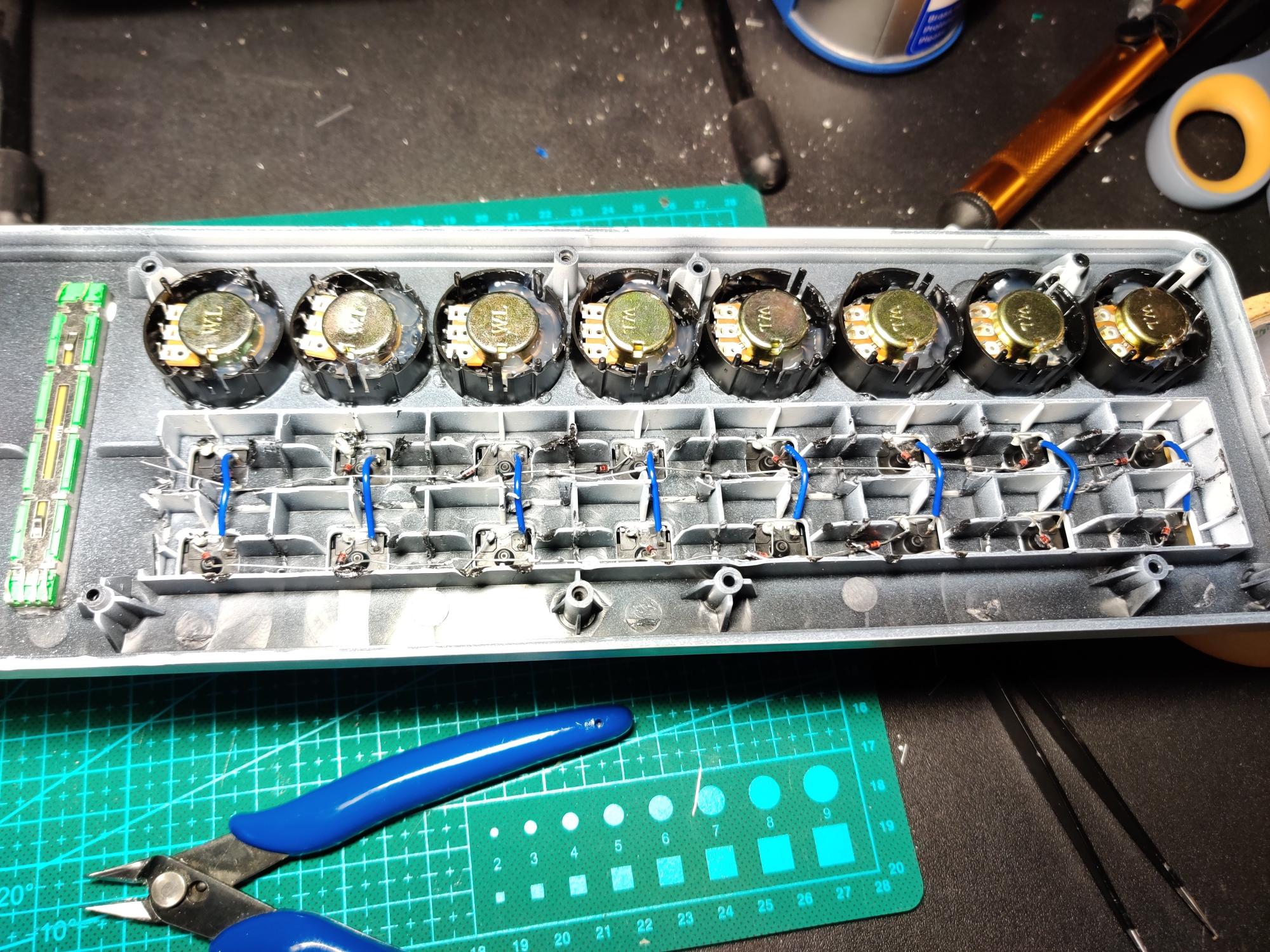 now to attach everything to the arduino nano, i find it easiest to solder to the nano's pins first: 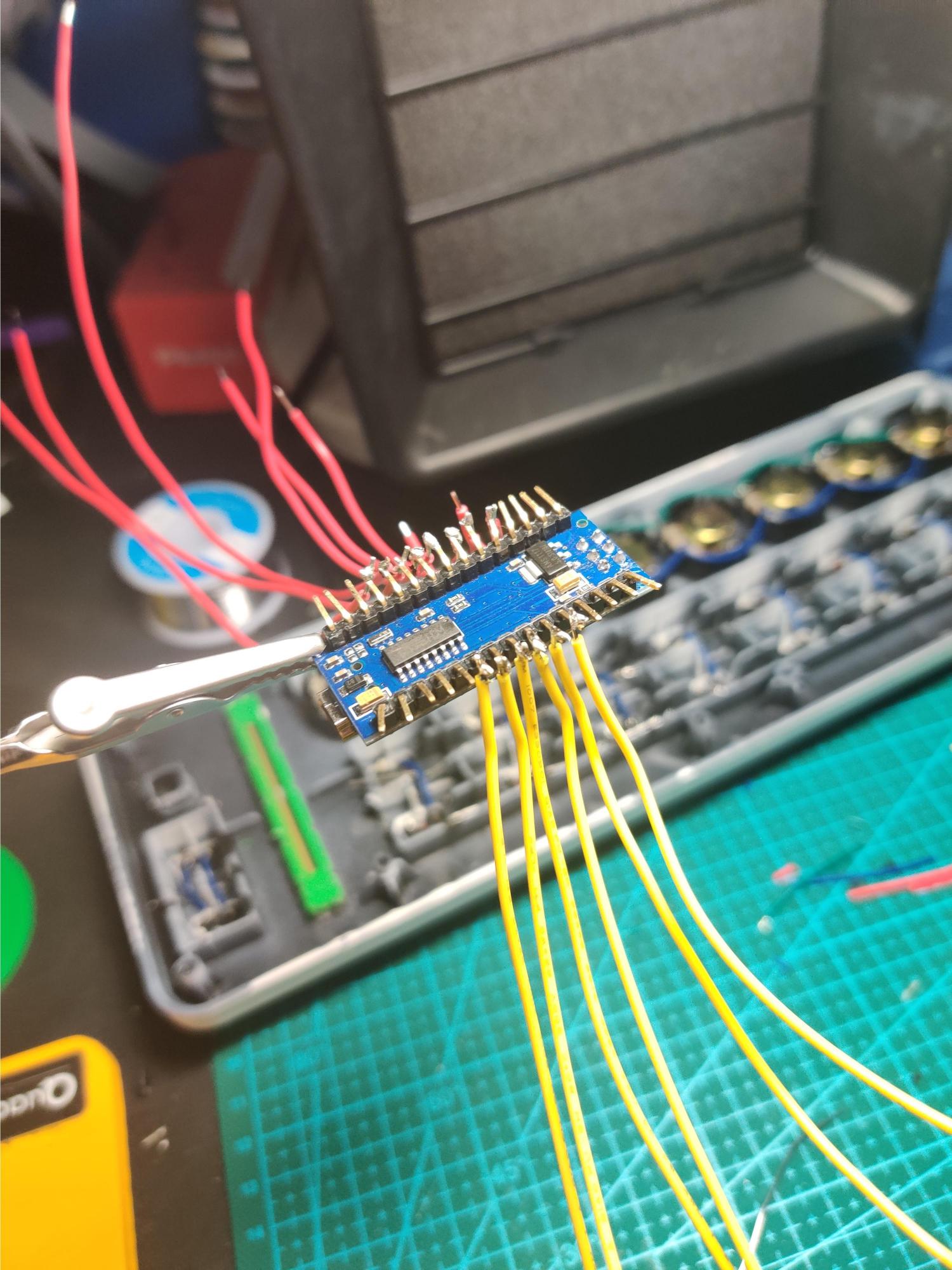 and after an hour or so, its all soldered up! im pretty proud of how chaotic it is on the inside: 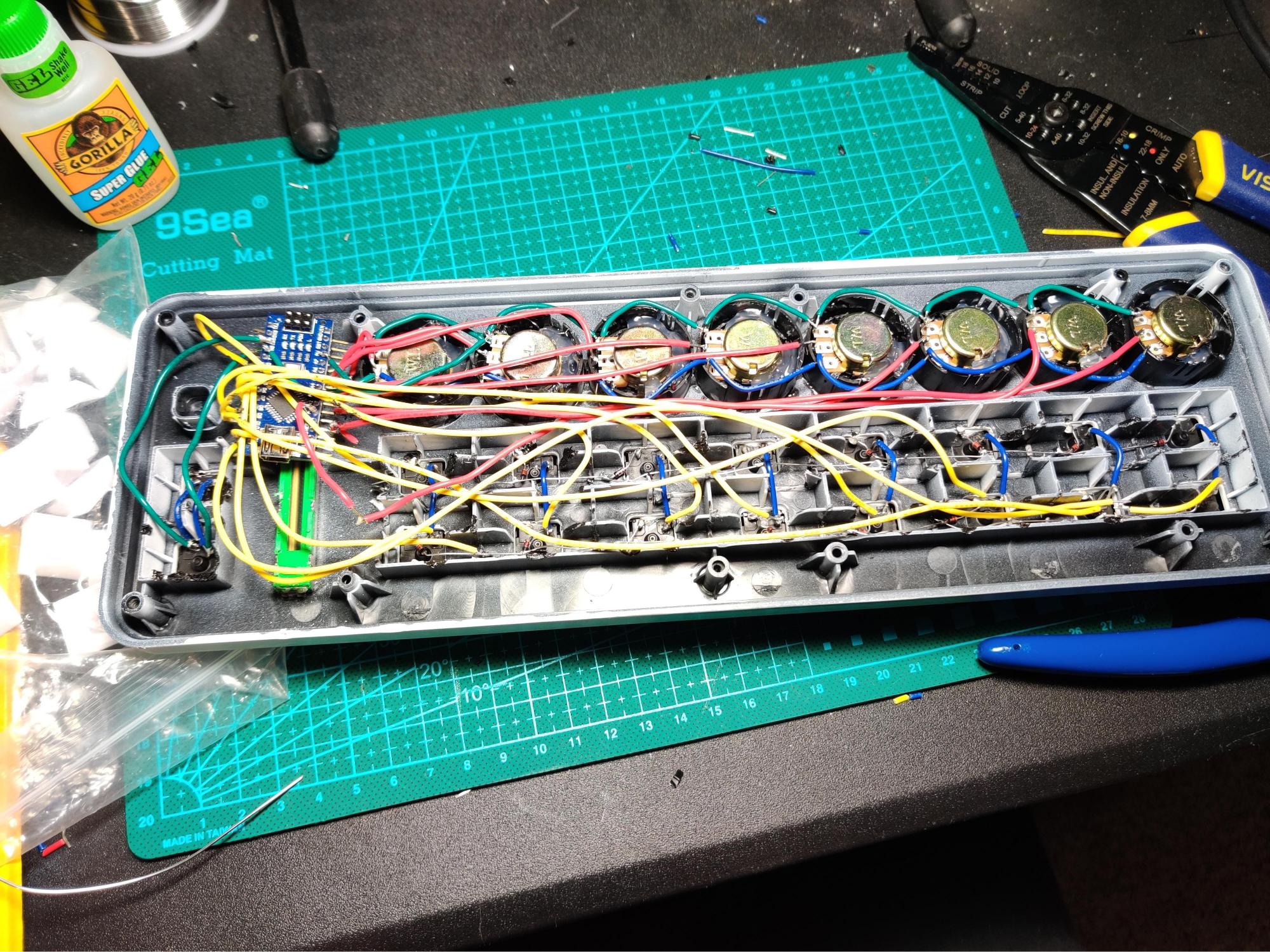 while still being able to all close properly: 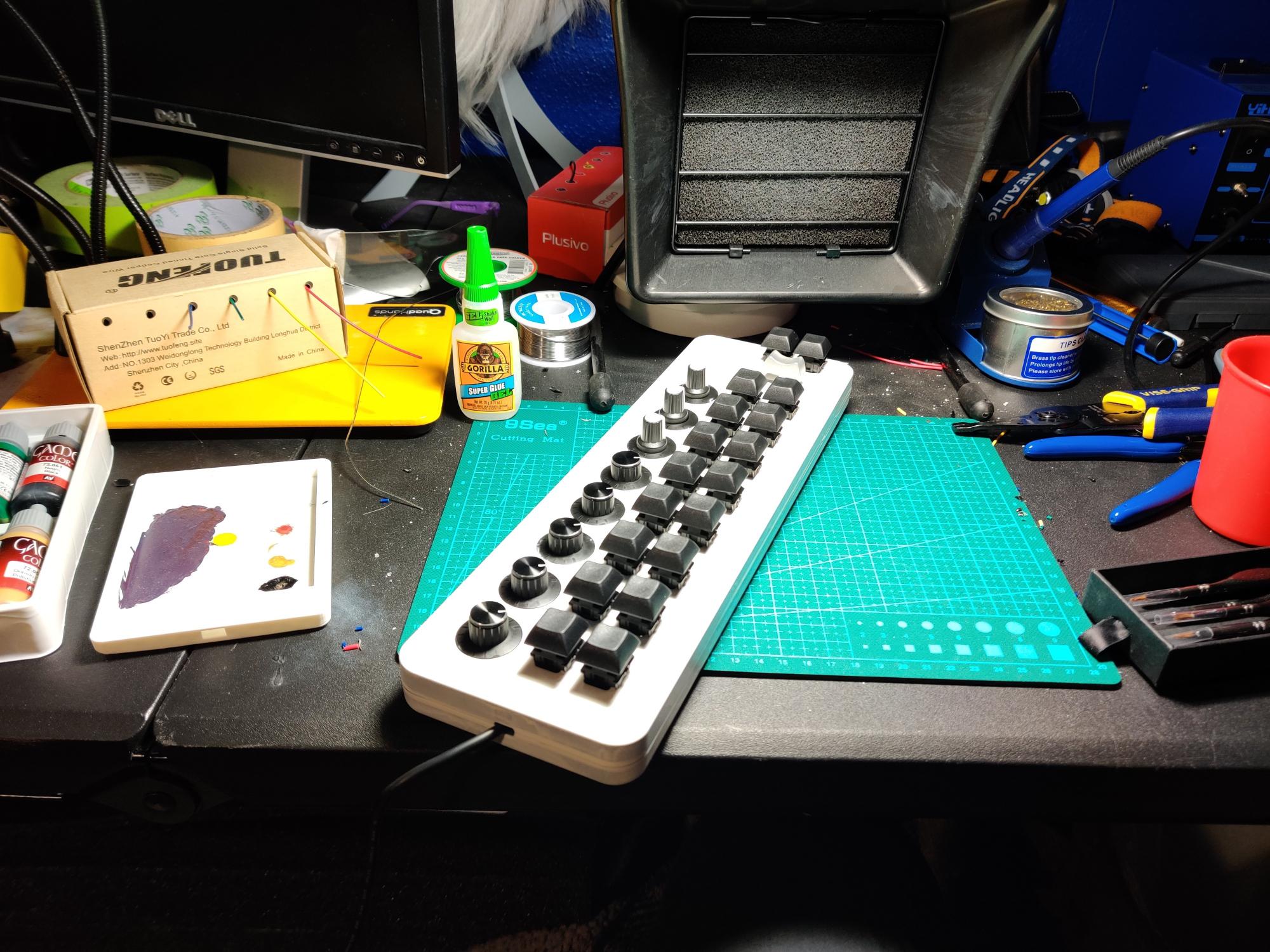 its all done! but i forgot to talk about the software that gets it to work, so lets do that. it's running omriharel's deej which allows me to independantly adjust the volume of individual programs. this will be extremely helpful to avoid touching the mouse to adjust spotify - youtube - game volume - master - mic input - etc on the fly, for example: while playing a game. overall a great tool but theres still a bit more to touch on. but first, "glamour" shots: 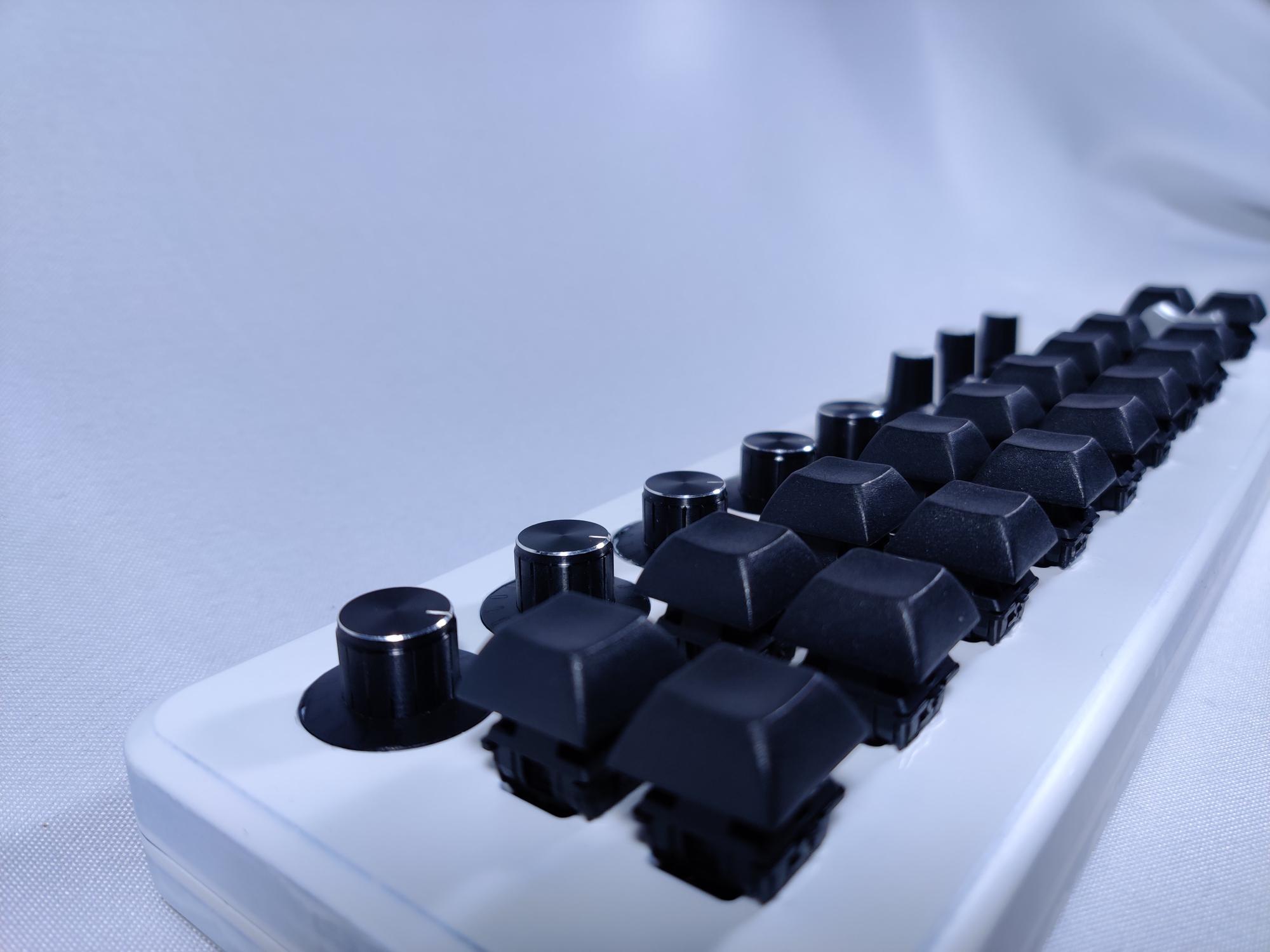 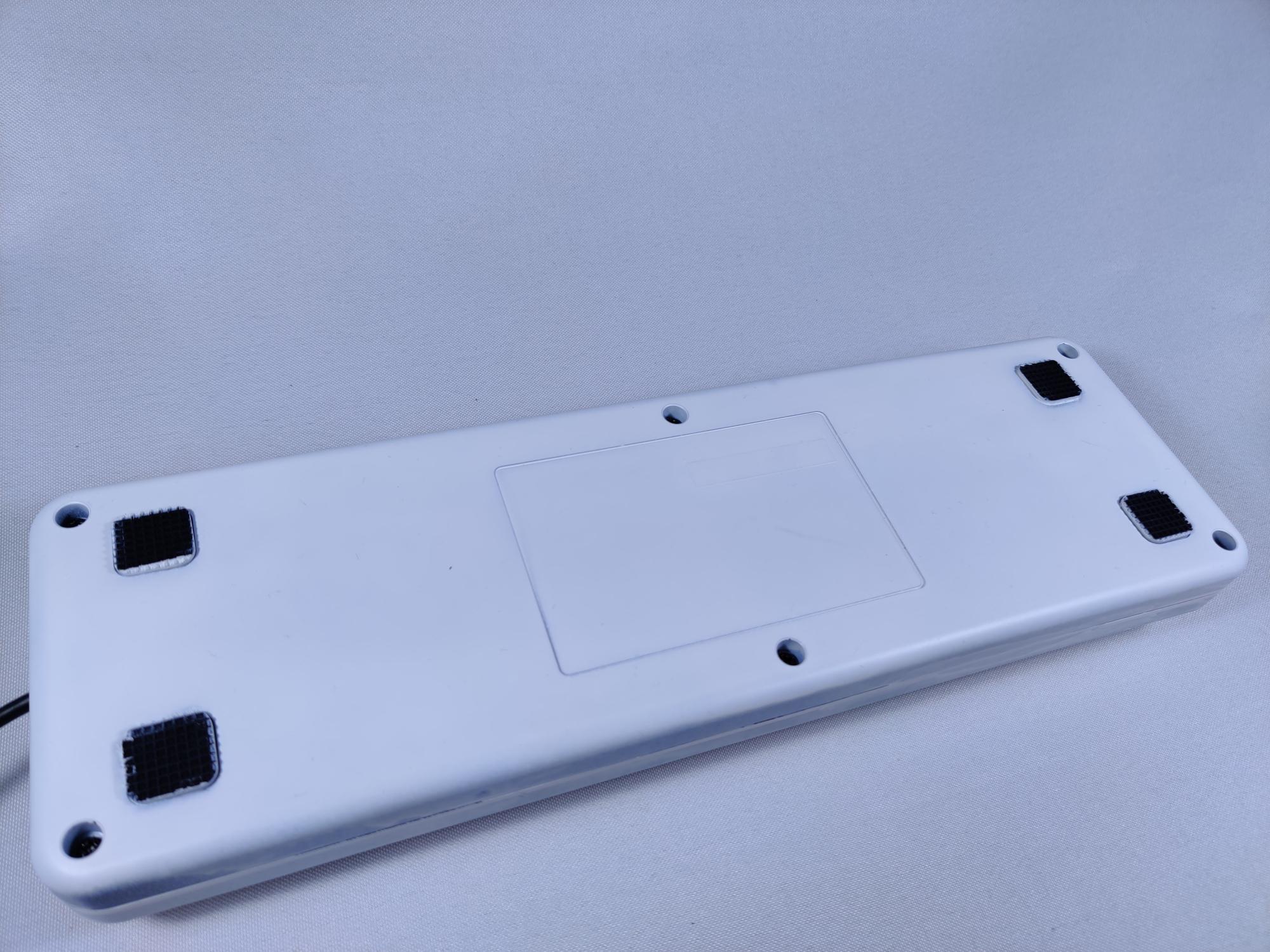 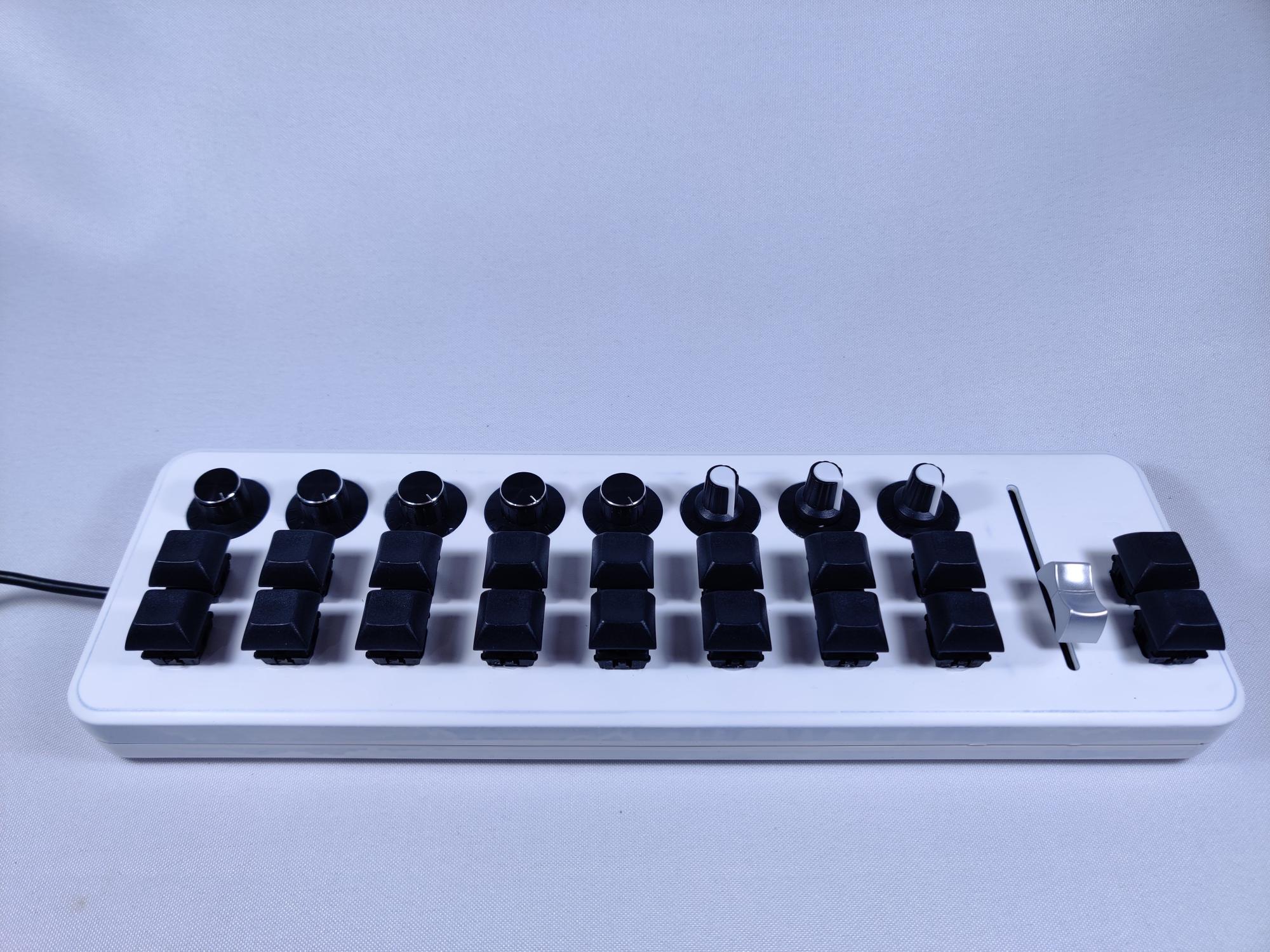 excuse the bad shadows, i dont have room for a top light. now what's left? well i still need to improve the keyboard's functionality a bit. ideas/thingsalreadyonit include:

other than that, thats it! thanks for reading~