—「0X://Explanation」
the dactyl manuform generated from dactyl.siskam.link/ without a wrist rest. an attempt to do a split more properly, we'll see how it goes. (x2) 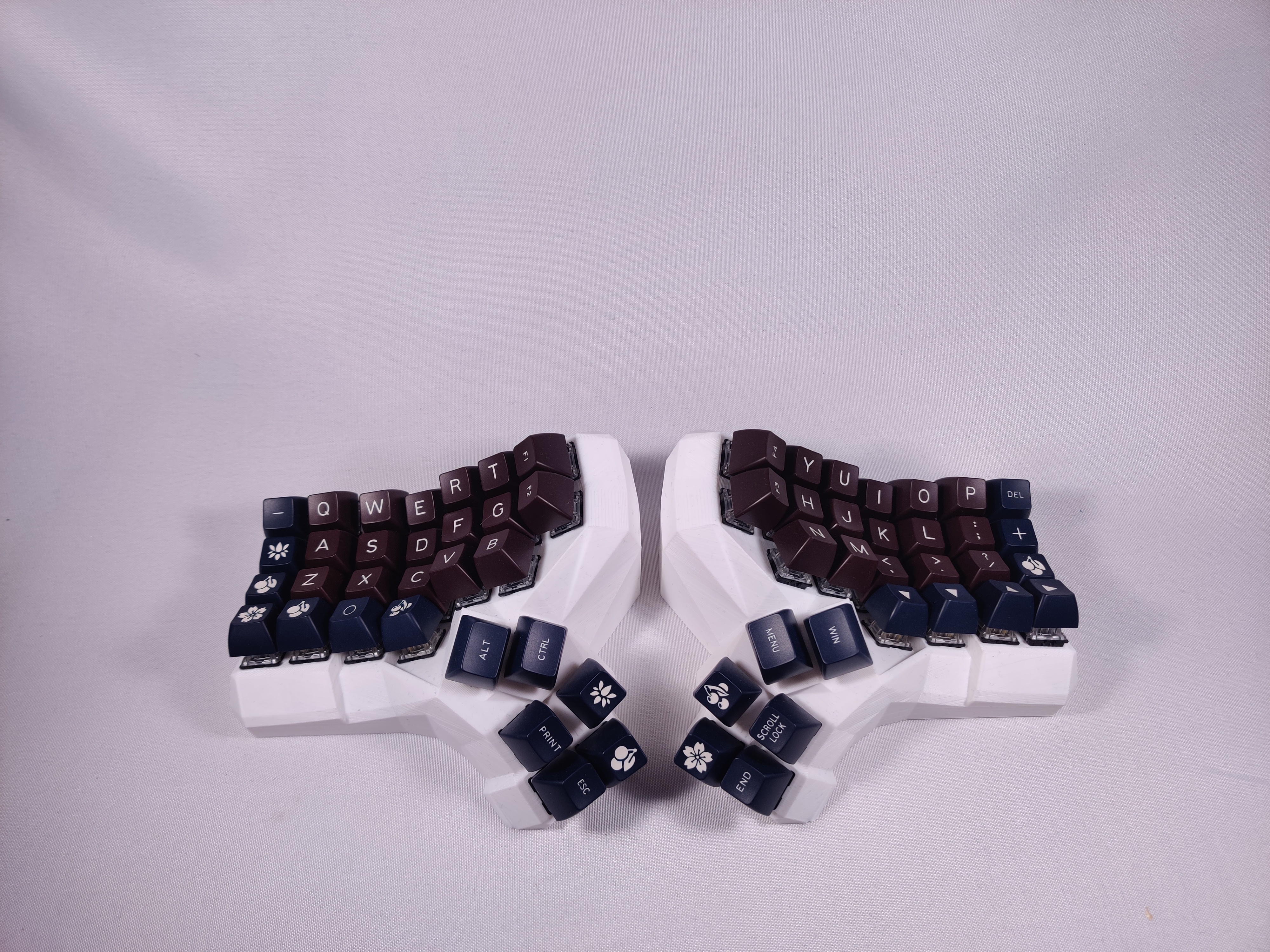 i also started this before i set up the new ongoing system and didnt track this project much at all, but ill try to cover the process as best as possible.

rapid fire! beginnings: i 3d printed the custom case i generated from dactyl.siskam.link/, i lubed a bunch of switches, took two arduino pro micros and wired it up, programmed it and flashed it. wow that covers it that didnt take too long, some pictures:

i also added keycaps and the final firmware, but now for the problems:

and those are the problems that persist to this day, next log should be mitaging those problems, but the board works for me for now, however unlike manuform-002 this one has a slot for an rj9 cable, which is already (mostly) wired, so the only real problem is figuring out the split wiring. 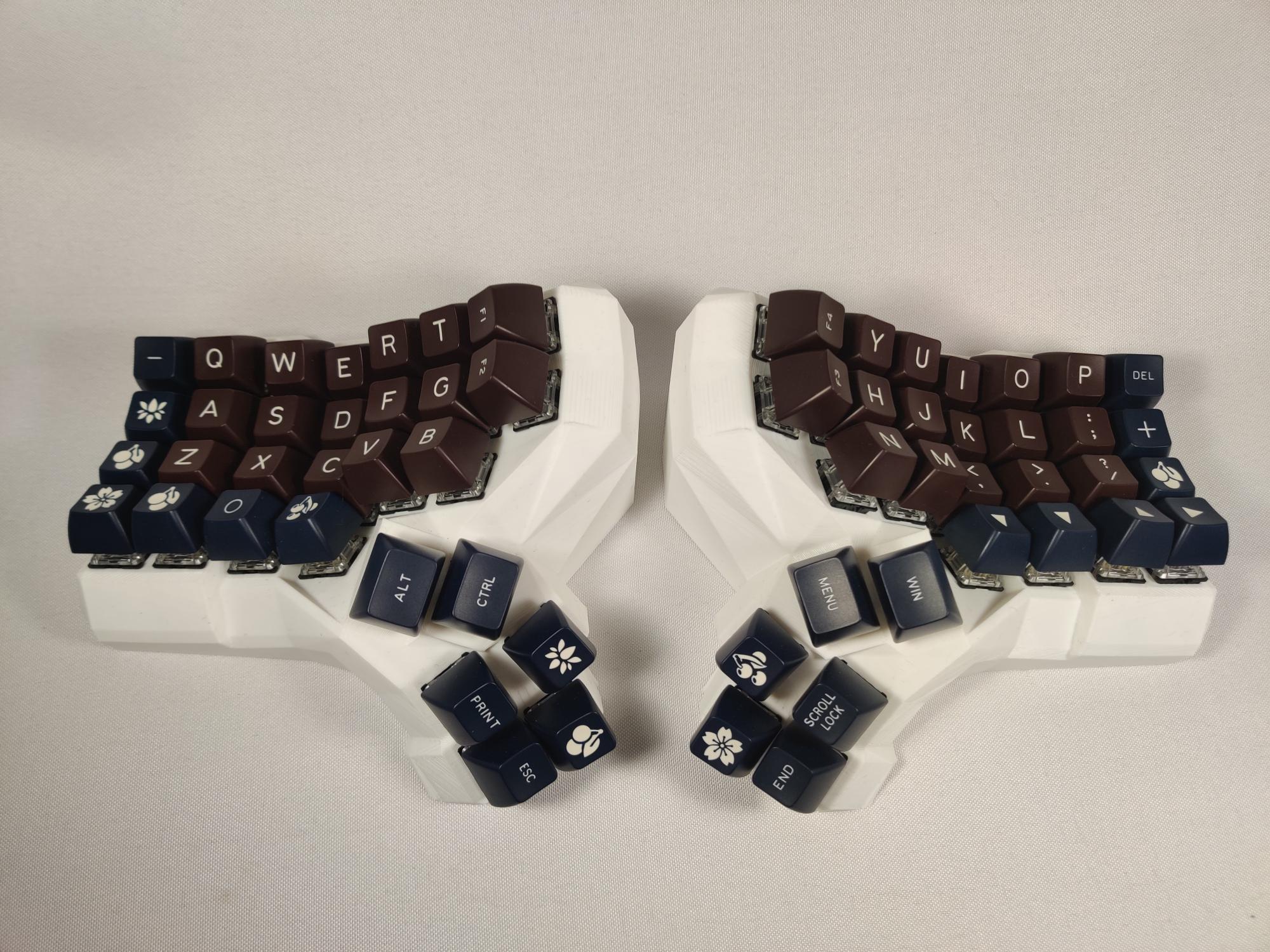